Share this news:
World Center for Birds of Prey opens its wings to take in California Condors evacuated from Oregon Zoo’s breeding facility

The Peregrine Fund’s World Center for Birds of Prey welcomed Oregon Zoo staff late last night as they delivered 26 California Condors including 13 adults, 6 younger birds ready for release, and 7 hatch-year birds. The Oregon Zoo relocated 44 endangered California Condors from their breeding facility in Clackamas County this week, as it is now in a Level 3 evacuation zone due to the fires that have been devastating the region. The remaining 18 condors are being held safely at the zoo in Portland, Oregon.

The Peregrine Fund’s World Center for Birds of Prey currently houses the largest breeding flock of California Condors with 45 birds. The center’s condor propagation experts will be providing around-the-clock care to the older birds and will carefully finish rearing the two nestlings that hatched in Oregon this spring but had not yet fledged their nests when evacuation became necessary. The team spent this morning conducting physical exams and deploying tags on the hatch-year birds in order to keep track of them as they acclimatize into their new living quarters. 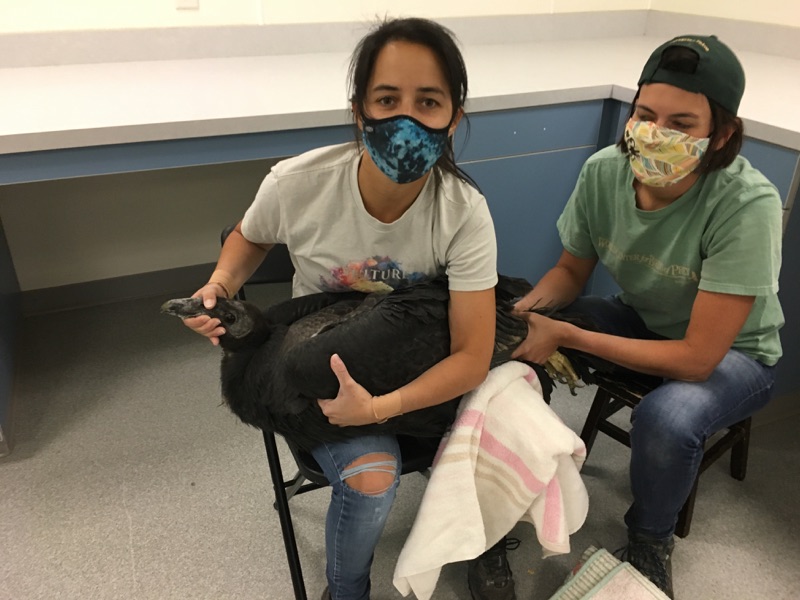 The center’s staff began preparing for the likelihood that birds would be evacuated to Boise on Thursday afternoon. Preparation required a quick cleaning and maintenance check of the facilities the birds would be moved into and arranging permits to move the endangered birds from Oregon to Idaho. Staff from throughout the organization joined in the effort to help. Chelsea Haitz, one of the team’s propagation specialists said, “Our whole team is just very relieved and happy that we can help. It has been difficult to watch and not know what we could do to contribute. We were so worried for the Oregon team and their birds. We’re grateful that we can provide a safe space for them so that the Oregon team can focus on other things.” Teammate Heather Springsteed added, “We especially want to extend our sincerest gratitude to the US Fish and Wildlife Service’s Region One Migratory Bird Permitting Office and the permit officers at Idaho Department of Fish and Game for working with us so quickly and efficiently to enable this transfer.” 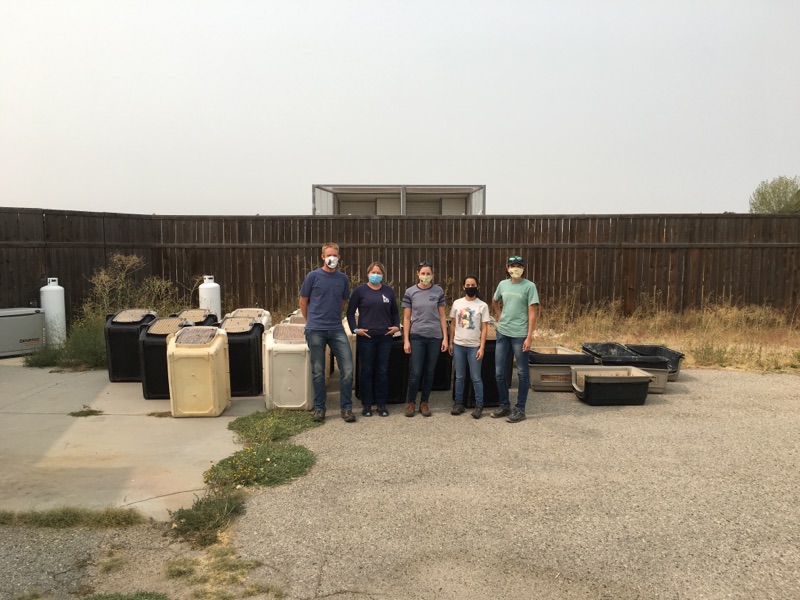 The California Condor recovery programs throughout the United States have been dealing with fire danger all summer. Earlier this year, The Peregrine Fund’s condor biologists in northern Arizona and Southern Utah held their breath as they watched fires make their way through condor habitat where birds were nesting. Fortunately, all of those birds and their young survived. The Ventana Wildlife Society’s Big Sur sanctuary in California experienced tragedy last month when fire destroyed their facilities. Biologists there are still searching for some of the wild condors they monitor. 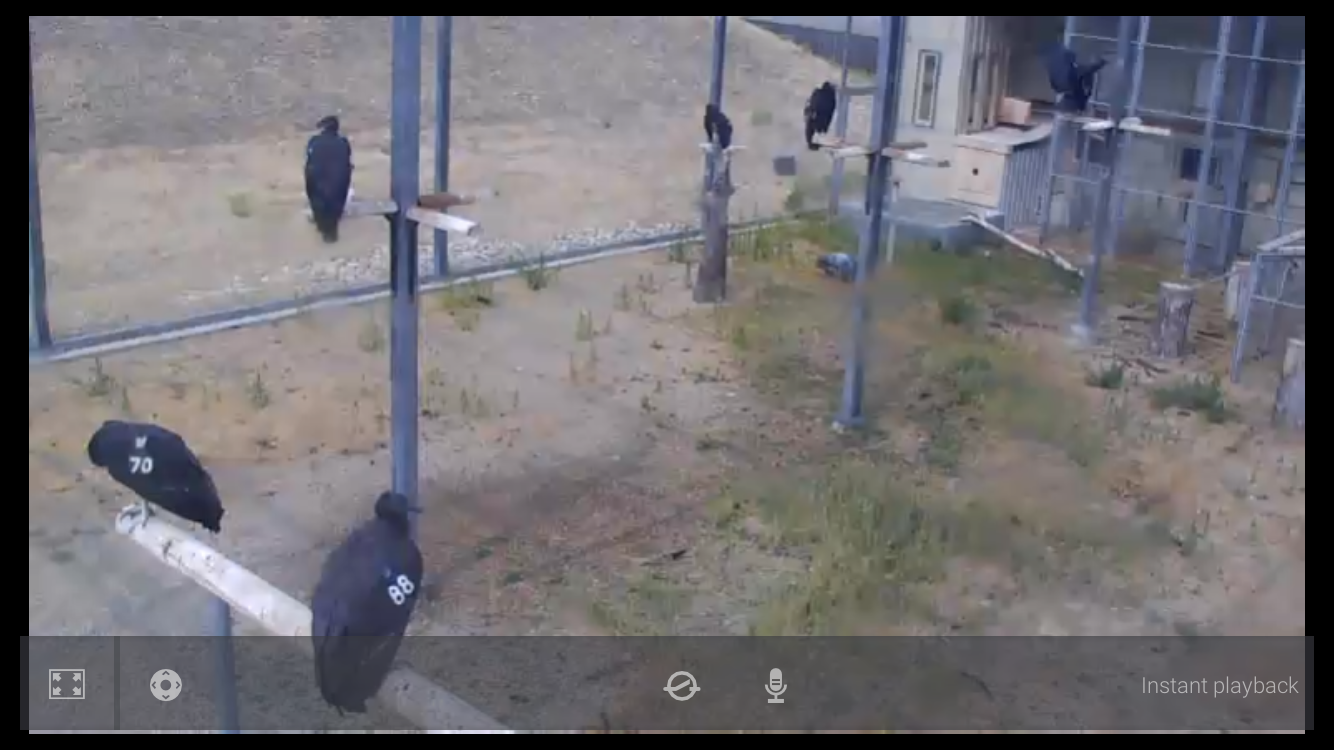 Photo: California Condors, evacuated from the Oregon Zoo, acclimated to their new home at The Peregrine Fund's World Center for Birds of Prey in Boise, Idaho.

For more information about how The Peregrine Fund is working to save California Condors visit:

For more information about California Condors: