Sixty-seven vultures were found dead in a field in the southern lowlands of Nawalparasi District in Nepal on Wednesday, 21 April, the day before Earth Day, reports Himalayan Nature, a local conservation science organization. Biologists suspect that the birds ingested poison while feeding on several carcasses of stray dogs that were disposed of in the field and local authorities are searching for the person(s) who poisoned the dogs. Local children playing in the field discovered the dead birds and dogs and reported the finding to their parents. 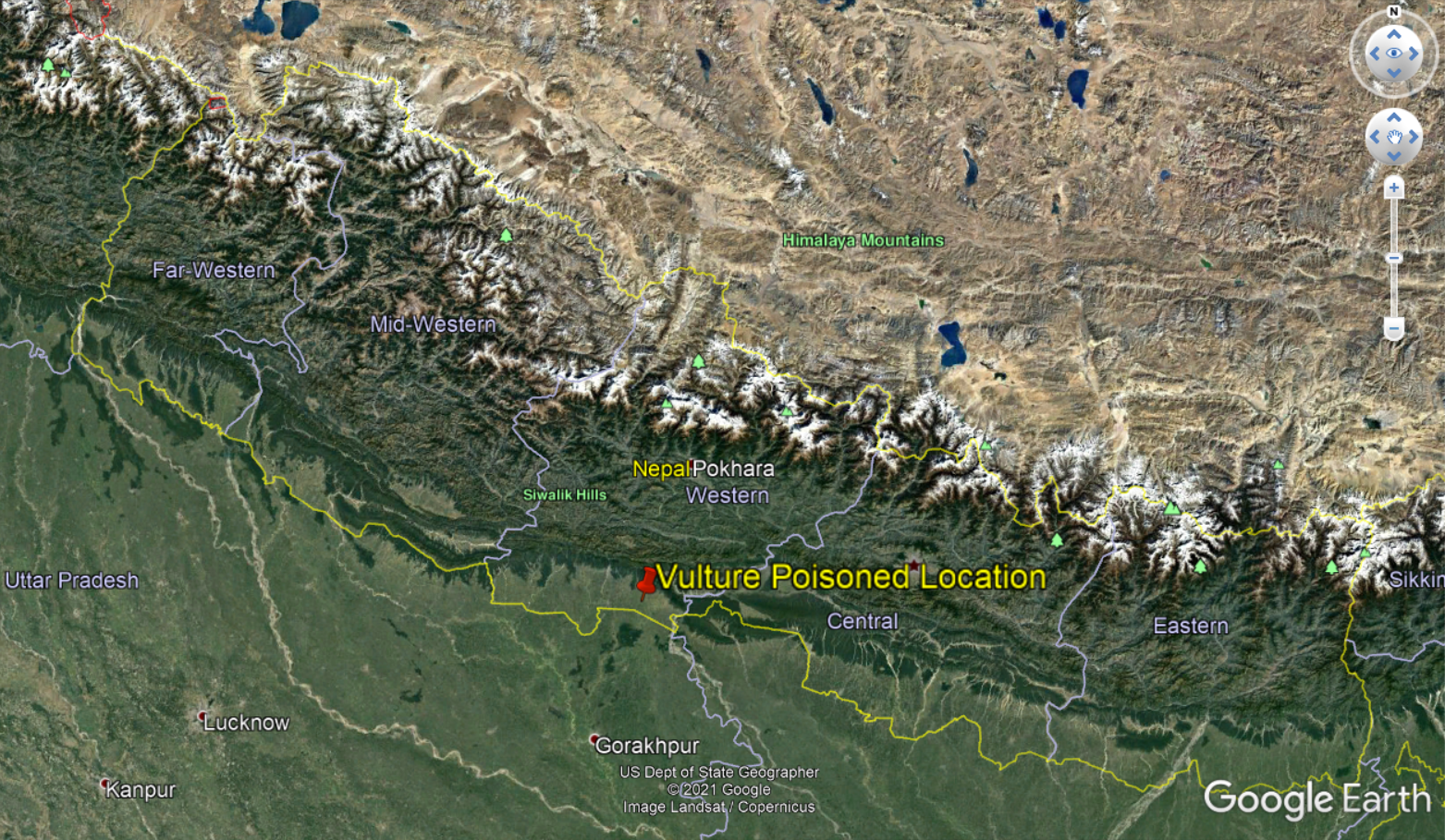 Himalayan Nature, in partnership with The Peregrine Fund, Wageningen University, Saving Asia's Vultures from Extinction (SAVE), and the Kenya Bird of Prey Trust, is working to identify threats to raptors throughout Nepal. Recently their work has included the surveying of power lines, which identified high incidence of electrocution of raptors and a significant impact to raptor populations. Satellite tracking studies have also noted human persecution and unintentional poisoning as a significant cause of mortality.

“Livestock keepers sometimes attempt to retaliate against carnivore mammals, such as leopards, wolves, and jackals, which kill their farm animals. The farmers will lace the carcass of killed livestock with poison to target the predators, but unfortunately also unintentionally kill vultures” says, Dr. Tulsi Subedi, Director of Programs for Himalayan Nature, “Because vultures feed in large groups, one poisoned carcass can kill many birds.”

“We have seen significant declines of vulture populations around the world due to indiscriminate poisoning,” says Dr. Munir Virani, Executive Vice President of The Peregrine Fund. “Because raptors are apex predators and indicators of ecosystem health, our strategy is to partner with and strengthen capacity within in-country conservation organizations to address and mitigate threats to raptors worldwide. We are working with communities and partnering with conservation organizations throughout Africa to stop the poisoning of endangered vultures. We also have teams in Ecuador and support students throughout South America that are working to end the poisoning of Andean Condors which are listed as Vulnerable to extinction by the IUCN.”

“Education and working with communities to better protect their livestock has been working in Africa,” says Subedi “so we are employing some of the same programs here as well in hopes of mitigating future poisoning events. Vultures are nature’s recyclers and we need to protect them from extinction.”