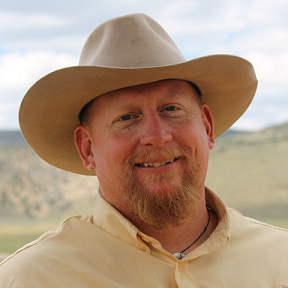 President and CEO for the organization. Parish began his career with The Peregrine Fund in November 2000 and has led The Peregrine Fund’s California Condor recovery program in northern Arizona and southern Utah. Additionally, Chris worked with partner organizations to form the North American Non-lead Partnership, which now includes more than 40 partners across the United States.

The Peregrine Fund was founded in 1970 to restore the Peregrine Falcon, which was removed from the U.S. Endangered Species List in 1999. That success encouraged the organization to expand its focus, and apply its experience and understanding to raptor conservation efforts on behalf of more than 100 species in 65 countries worldwide. The organization has a staff of over 100 conservation experts worldwide, conducting 25 projects on six continents, and annually raises over $6 million in support of raptor conservation and research.

Parish succeeds Dr. Rick Watson, who worked for the organization for more than 30 years and retired from the leadership role in July of this year. Conservation career veteran H. Dale Hall has served as the interim President and CEO while the board conducted the search to fill the position. “I’ve known Chris for a long time and I could not be more pleased with the way this process has unfolded. I know that Chris will be a great leader to guide The Peregrine Fund into the future,” says Hall.

“I am honored and humbled by the opportunity to serve this great organization in a new capacity. Our founders, leaders, and team members have set a trajectory for The Peregrine Fund that we intend to not only maintain but also enhance in order to meet the many challenges we face in conservation,” says Parish. “It takes everyone, our team, collaborators, and supporters, to achieve the kind of success The Peregrine Fund is known for and I’m excited about our future together.”