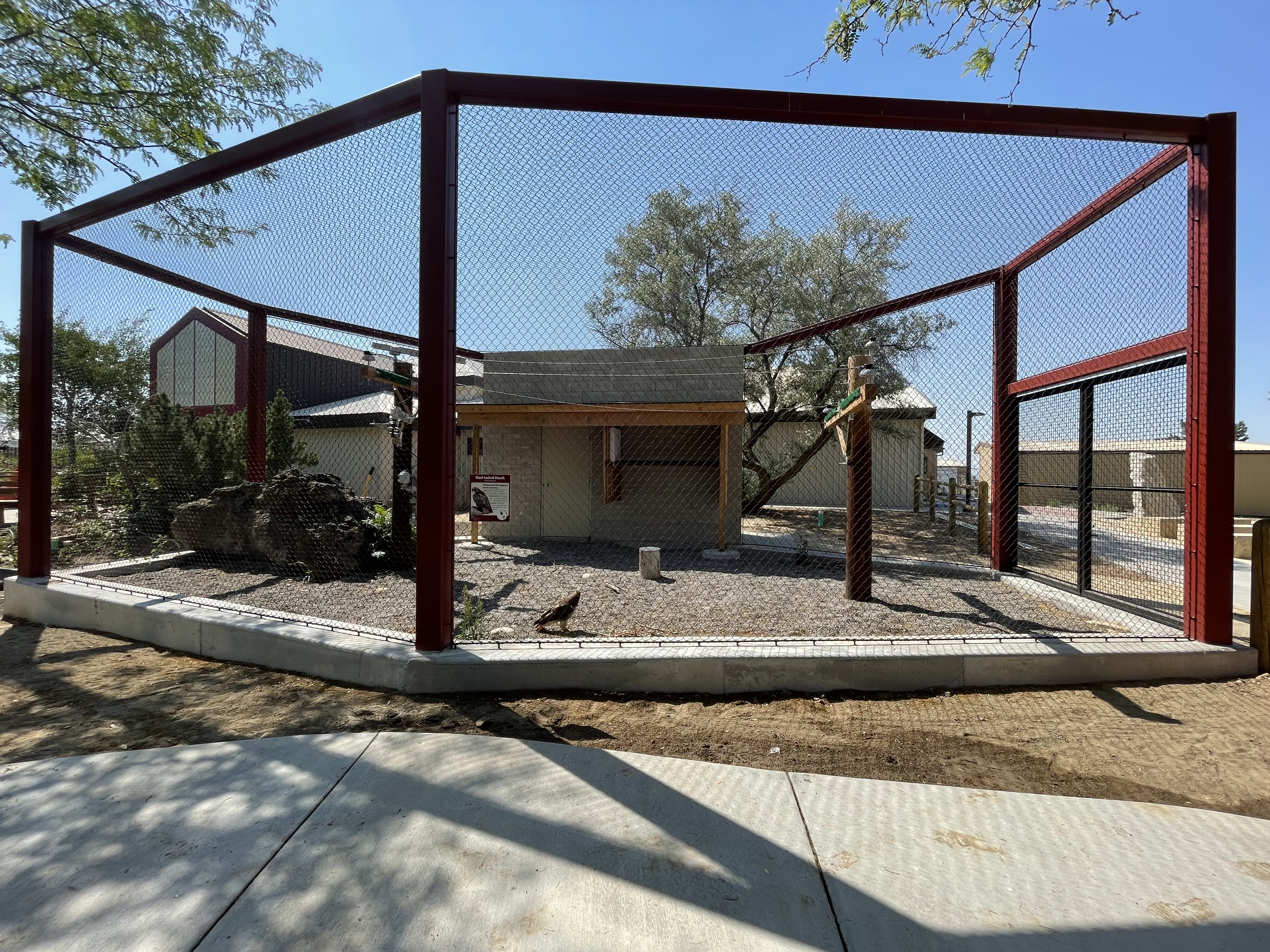 Today we watched as our raptor care staff introduced Phoenix, the Red-tailed Hawk, to her new home. Phoenix immediately flew to the perch under the shaded roof and sat for about 20 minutes acclimating to her new digs. Finally, she worked up the courage to fly down to the ground, where she spread out her feathers and soaked in the warm sun. She hasn't been brave enough to explore the power poles yet, but we will be sure to post a photo as soon as we see her up there! In the meantime, enjoy this photo of her sunning on the ground. We couldn't be happier and are so grateful to all of our supporters for helping to make this exhibit a reality! 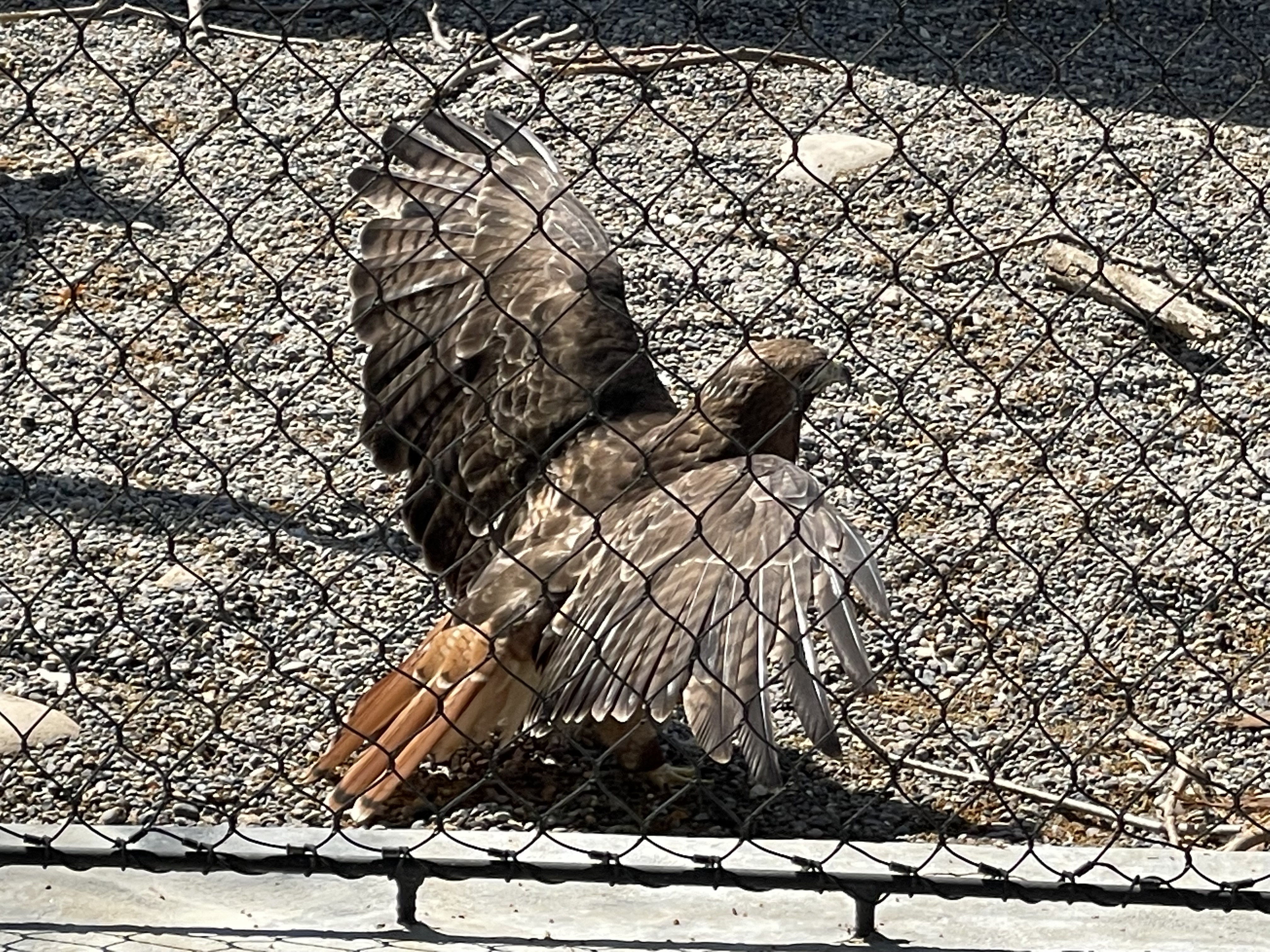 Why is there a powerline in the exhibit?

Power poles make advantageous perches for birds of prey, especially in landscapes without trees. However, when a bird touches two live wires simultaneously, it may be electrocuted. Raptor electrocutions can cause expensive power outages and dangerous wildfires.

Idaho Power partnered with falconer and filmmaker Morley Nelson in the 1970s to examine how raptors interact with utility infrastructure.

Morley Nelson flew trained hawks and eagles to mock power poles stationed in his Boise backyard. The results of these experiments led to advances in power pole design which have been adopted in many places worldwide, saving countless birds of prey.

There are two main ways to protect raptors from electrocution - cover the live electrical components or increase wire spacing. The standard cross arm on the left side of the exhibit is 8’ wide and can put raptors at risk because large birds can touch two live wires simultaneously. This pole has been retrofitted with protective covers, designed by Kaddas Enterprises. Installing a non-conductive cover is one of the most cost effective solutions for problem poles.

The cross arm on the right side of the exhibit is 10' wide, set two feet below the top of the pole. This makes it unlikely for raptors to touch two live wires simultaneously. With sufficient line spacing, line covers perch guards are not needed. Many new cross arms feature this raptor- safe line spacing.

Give a Gift to Conservation Leadership