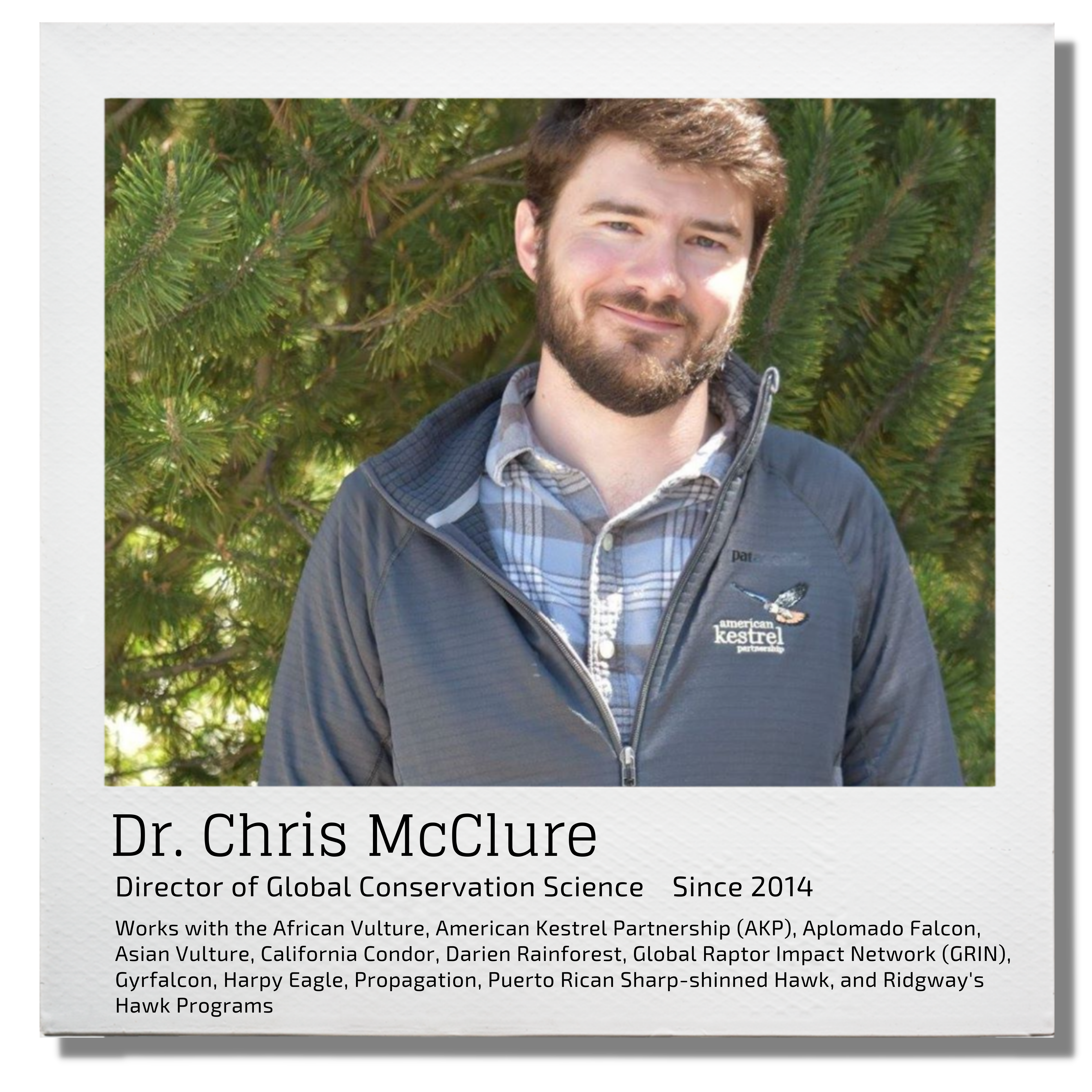 Born and raised in Columbus, GA, Chris McClure received a Bachelor’s degree from the University of Georgia in 2005 studying Environmental Economics. Subsequently, he began working for The Peregrine Fund as a hack site attendant, releasing endangered Northern Aplomado Falcons west Texas. It was during that summer that Chris realized that he wanted to be a professional ornithologist. After an internship at Hopper Mountain National Wildlife Refuge working with California Condors, Chris entered graduate school at Auburn University in 2007. His PhD work focused on methods to better monitor and study birds. Chris then accepted a postdoctoral research position at Boise State University where he helped pioneer a new method to experimentally assess the effects of road noise on wildlife. In 2014, he began work at The Peregrine Fund as director of the American Kestrel Partnership and Quantitative Ecologist. After three years, Chris became The Peregrine Fund’s Director of Global Conservation Science, where he oversees all of the research and monitoring conducted by the organization.

Chris’s research focuses on methods to better monitor, study, and manage birds, and on conservation of the world’s raptors. He has published roughly 90 peer-reviewed articles and is Associate Editor for the Journal of Raptor Research. He is affiliate faculty at Boise State University and an honorary researcher at the University of Witwatersrand in South Africa. Importantly, Chris is spearheading the Global Raptor Impact Network, an effort to monitor the world’s raptors.